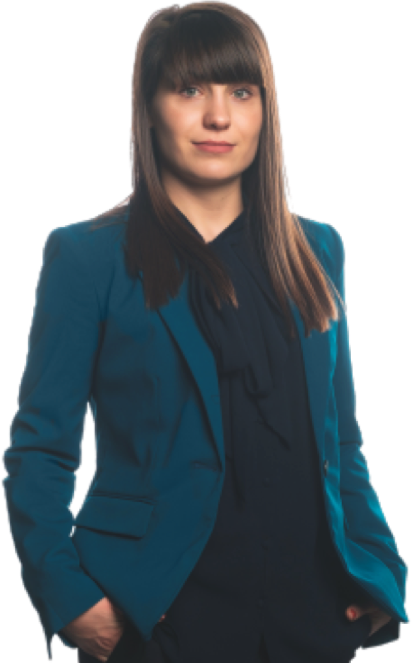 The Joint-Stock Company (in Bulgarian Акционерно дружество, or AD) is a limited liability company and as such has its own capital, which is divided into shares (also referred to as stocks). The participants in the company, or the shareholders, are either persons or legal entities that hold a number of shares of the company`s capital. A legal definition of a “share” is given in Art. 175, par. 1 of the Bulgarian Commerce Act (referred to hereinafter as CA) – securities, that certifies that its owner owns a share of stock of the capital of the company, in proportion to the nominal value of his shares. As securities, the share materializes the shareholders rights, the legal relation between himself and the company and the shareholder needs to present his shares or the certificate for them in order to pursue his shareholder rights.

Bulgarian legislation stipulates specific requisites for shares, which cannot deviate from the imperative norm of the law – according to Art. 183, par. 1 of the CA these are: the term “Stock”, the type of the stock, the number of the “chunk” for the respective shares (according to Art. 175, par. 3 of the CA the shares can be issued in chunks of 1, 5, 10 or any number that can be properly denominated with 10 – that would mean that a number of stocks, e.g. 200, can be printed out on the same piece of paper. If not specifically declared in the Articles of Incorporation of the Company, the shares need to be printed out with a coupon for dividends for 20 years – Art. 184 CA, with which the shareholder may exercise his right to obtain dividends), the serial number of the shares, their consecutive number, the Company`s Firm address, the company`s share capital, the total number of shares, the par value of each share and the denomination structure, coupons and their due dates, signatures of two people who can represent the company and the date of issue. A printed signature can be considered a valid signature as well.

Bulgarian legislation stipulates that a joint stock company may not issue shares of a different nominal value (Art. 175, par. 2 CA). According to Art. 177 the share is indivisible, which would mean that the owner cannot split the share itself and transfer “parts” of it to different persons separately. One share can be, on the other hand, owned jointly, in which case a joint ownership over the share is in effect and the owners can exercise their rights by appointing a common proxy.

Depending on whether the stock exists as a document or not, these are divided into materialized and dematerialized (non-cash shares). To issue and to perform legal actions with a non-cash share it is necessary that the action is registered in a special Book for non-cash shares, which is kept by the Central Depository. The entry in this Book has constitutive effect – this is absolutely necessary for the legal actions to take effect, without it they would be void. When issuing non-cash shares documents are indeed printed out, but they have different purpose – to proof and not to constitute the existence of the shares – these are depository receipts and are no securities. If the non-cash share should be transferred from one owner to another the old depository receipt is destroyed and a new one is issued to the new shareholder – a transfer of the depository receipt does in no way transfer rights over the respective share(s).

The Commercial Act itself does not include any provisions on the issuing and actions with non-cash shares. The Act that regulates these matters is the Law on Public Offering of Securities. Only specific joint stock companies may issue dematerialized stocks – the so-called public joint stock companies (they are obliged to issue only dematerialized stocks).

The materialized stocks on the other hand are two types, in accordance to the way they are transferred. The registered stocks are always materialized shares, on which the name of the first holder is always printed on the front of the stock. They are transferred by endorsement and the transfer should be noted in the Book of the shareholders of the company, for the transfer to be binding for the company and any third party. The other type of materialized shares is the bearer shares, also known as “anonymous shares”, which manifest the following particularity – they do not contain the name of the first holder. These stocks are transferred with the simple act of the physical transfer of the materialized stock. In short – the one that holds the stock is the one who owns it and has the rights of the shareholder. It can be an object of all types of contracts, but they need to involve physically giving over the possession of the stock itself. The name of the new shareholder is not registered in the Book of the shareholders. Therefore the current owner of the stock can be anonymous to the general public and the company itself, so the legislator has stipulated that bearer shares cannot be issued, unless the full issue price of the stock has been paid – a partial payment of the latter is not allowed, because identifying the debtor would be impossible due to the nature of the stock.

Every type of stock can be characterized with 4 types of values: nominal, issue value, market value and balance value. A nominal value is the integer written down on the piece of paper that materializes the stock. The “issue value” or issue price is the sum for which the shareholders oblige themselves to pay in order to obtain rights over the shares. It can be lower, higher or the same as the nominal value. The market value is the value for which the stock can be traded on the stock market or with third parties. The balance value is the value of the company`s property, proportional to the number of shares.

Transferability. Other legal actions with stocks.

Stocks are inheritable and transferable. The Commercial Act does not provide any restrictions in that regard. It is however possible that the Articles of Incorporation or another legal act foresee such restrictions. One type of stocks with restrictions are the so called vinculated shares, or shares with restricted transferability – always registered shares, according to Bulgarian law, where the holder cannot transfer his stocks freely, but needs to offer them to the other shareholders prior to any offer to third parties. The next type is the redeemable shares, where the shares can be transferred to the company itself only, whereby the company, in effect, acquires the so-called “own” shares. There are special regulations that address the matter of repurchasing own shares by the company – there are many conditions and restrictions to be obliged, contained in provisions of both the CA and other legislative acts. The company cannot, for example, exercise the shareholders` rights when it comes to “own” shares, they are not considered as assets in the company`s balance sheets, they should be clearly described in the annual balance. The company is obliged to transfer the repurchased own shares in a time frame of three years, when the quota of own shares exceeds a limit of 10% of the total registered capital (Art. 187a, par. 4 CA).

The transfer of dematerialized stocks, as usually with dematerialized securities, is done by an assignment which is the method to transfer the shares, while the purpose can be a contract of almost any kind. The assignment must be registered with the Central Depository as a constitutive element of the deal.

With regard to the transfer of registered shares it should be noted that the latter differentiate from registered securities and are actually securities, issued “on the order of”. As such they are transferred not with an assignment, but rather with endorsement. The endorsement includes: writing the name of the new holder, signing the back of the paper, which materializes the securities and giving over possession. The endorsement however is not enough – the transfer itself should be registered in the Book of the shareholders, in which only the shareholders with registered shares are put down. The registered shares can be acquired before the full payment of the issuing price or the nominal prize because for those it is easily known who the holder, respectively the company`s debtor, is. If the registered shares are acquired with only a partial payment of the first issuing price, this is noted on the front side of the paper that materializes them. In that case the law provides that the transferor and transferee are jointly liable, whereas the liability of the transferor is limited within a 2-year period after registering the transfer in the Book of the shareholders.

As mentioned above, the bearer shares are transferred with the transfer of their possession in the context of all types of transactions, governed by civil law.